The book I am currently reading is called the pistachio prescription. I just got this book today from the library. There aren’t really any highlights of the story, its a very stupid book. The only thing I like about the book so far is how she keeps talking about how she’s different from her family when she’s not even different other than the color of her hair. I dislike everything else, well I dislike that part too but I just find it funny. Overall the book is very dumb and I’m returning it next period. The whole thing is this girl who is addicted to pistachios and thinks they cure her.

My takeaway on transcendentalism is that I still don’t know what it is. I did not like “Song of Myself”. I thought the whole thing was dumb. If he had a deeper meaning to the poem then he should’ve just said it. It would have been a good poem if it would’ve just meant what he said. Since you have to figure out the meaning, and your idea of it is most likely wrong, it takes away from the poem itself.

I have already seen the movie Vertigo, so I am excited to watch it again. The first time I watched the movie I had no idea what was going on. So this time I can really pay attention to what’s going on and figure more things out, for a better understanding. From the research, I learned more about the effort the director put into this movie. It really made me appreciate the movie, and the tricks it plays on your mind. The most difficult aspect of the film critique essay will definitely be trying to not write a review. I think critique and review are very similar. So I am worried about slowly drifting 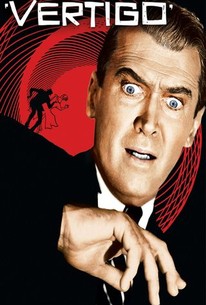 into writing a review