My story isn’t really different at all from when we first thought of the ideas at lunch. My table all have English before me and they were talking about their stories. This is when I looked at their lists and saw With Bloody Hands I Saw Goodbye, I kind of knew what I was going to do. The obvious thing is murder and I wanted to make it different then just someone killing someone else. I knew a lot about mental health so wanted to have to do something with that. I came up with my exact idea at lunch. The only thing different was he was going to kill a girl who didn’t mean anything. I did change that at the end to have her mean something to her. I made it seem more emotional he if killed himself to at the end. The story would be very sad if he would of just killed himself without anything about it. You seemed more sad knowing he killed himself because he felt bad for her. I feel very proud of my story. I think I showed a new way of opening up to mental illness and show that people aren’t crazy but they can’t help how they are, also they don’t want to be that way themselves sometimes.  Most importantly that mental illness isn’t something to be ashamed off. I like that my story isn’t just another story we are forced to do in school that I don’t care about. I like making stories and I put in a lot of effort to them so I feel they have a real meaning. I don’t like that I didn’t have as much time as I needed to write it considering it is a long process. I wish I would of had more time develop the girl character. 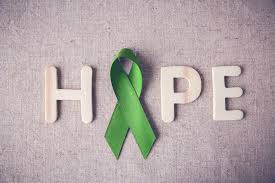