My topic for debate is animal testing. My assigned position for the debate is pro. Not sure who I’m arguing but this debate should be an easy dub. Personally, I feel fine with animal testing. I already know the basics of it. Scientists test animals like rats, rabbits, and monkeys to find cures and other medicines to help us. After searching on Google, I’m seeing a lot of sites that say how bad animal testing is and how many animals die from it. Now that I’m seeing this my debate might not be as easy as I thought it would be. Ok, I’m on a website called PETA.org and it says that dogs, cats, birds, fish, and mice are all used for animal tests. Like bro, they use dogs and cats like I might have to switch sides here. How am I supposed to debate against testing dogs?!? I don’t know how to address this topic in a logical approach. I’ll just ask them if they would rather have dogs or cats be tested. An ethical issue regarding this topic would be that lots of animals die from being tested. On PETA.org it says more than 100 million per year are killed off of testing. People are definitely going to be mad in this debate for sure. I mean who would want a dog to be tested like that’s going to make people mad for sure. Almost every person in my class has either a dog or cat so they all know the feeling of having a pet and wouldn’t want it to be tested for research. I’m at like 270 so I’m just going to talk about PETA. They test a lot of animals here’s the list: mice, rats, frogs, dogs, cats, rabbits, hamsters, birds, monkeys, fish, and guinea pigs. That’s a lot of animals but not going to lie I thought they would be testing more than just these animals. Like I feel like there are a lot more animals to test. Like what about sharks? I mean like does anybody like sharks? No so why don’t we test them? Exactly. 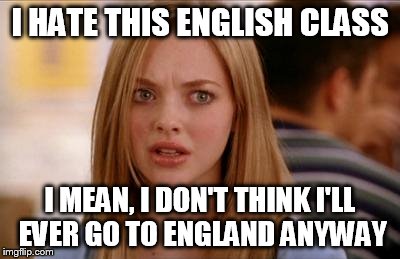 The Virtues Experiment I did over break was somewhat good and somewhat bad for me. The virtues I struggled with the most were moderation, temperance, silence, and sincerity. I knew off the bat that moderation and temperance were going to be insanely difficult for me. Throughout the break, I knew I definitely violated moderation because all I did was watch TV and Netflix most of the time. I mean I tried to go outside and do something but it was way too cold. Like would you rather be outside in the cold all day or be all bundled up under your blankets inside. Exactly. Next temperance, this one was really bad for me I munched way too much food. I mean like I was going house to house and there was food everywhere. I just couldn’t limit myself at all and that’s why temperance was one of my virtues I violated the most. I don’t really feel like talking about silence and sincerity that much so I’m just going to skip them for now. Now, the virtues I didn’t violate at all were cleanliness, order, frugality, humility, gratitude, and chastity. Cleanliness was so easy like I brushed my teeth twice every day and took a shower once or twice every day. Order was easy as well. Frugality wasn’t hard. I didn’t waste my money on anything throughout the break. Humility and gratitude were easy, I was respecting lots of people and I was thankful for the gifts I received. I had some virtues that I violated just a couple of times. Those virtues were courage, industry, justice, and generosity. Courage I only violated once and that was the first day. After that, I did pretty well with it. Industry was bad the first couple days but I regrouped. During study hall, I was either watching Netflix or playing games rather than studying for tests or quizzes. Justice was violated like 4 or 5 times. Some days I would hold the door open for people and sometimes I would just act like I didn’t see them even know I did. The last virtue was generosity. Before Christmas, I was somewhat benefiting some people but after Christmas when I was seeing lots of family which made me change that virtue up a lot. This experiment was a little bit bad. I would have liked this experiment if we did it like a week before we got off of break just so that we can see how bad we changed once school was over. I’m only at like 420 words but it’s whatever. YOLO…