I have always liked old horror or suspenseful movies. They are called classic movies now or cult films because of the large following they get but they really are not that old.These kinds of movies that mess with your head are the best. I have never watched vertigo until this class but so far I really like this film. It is amazing how even though it is seen as a classic most people have not actually seen it. It is a genuinely interesting movie that pulls you into the story. The beginning of the movie is mainly slow moving with little action but that helps to mess with your head. The music contributes a lot of feeling into the movie and you need to focus on the little parts and the small things said by minor characters to totally understand whats going on in the movie. We just got to the part in the movie where we understand Gavin has killed his wife and hired Judy to help mess with Scotty. As the movie moves forward we know that Scotty has been lied to and Gavin just wanted the business to himself for the money. He knew that Scotty was afraid of heights so he staged Madeline’s death on the top of a church tower so he could get away with it. Judy ends up staying in the city and it seems like Scotty is becoming obsessed with her. I am not sure if the film will end up with actual paranormal ideas or if it will just be Johnny going into madness over the girl he thought was Madeline. This is actually an interesting film and relies on he mind to think one thing while something else is happening. The twists help slowly reveal the truths of the film to the reader while keeping the characters clueless. I believe that the film can end three ways. Scotty will be driven crazy again and more people will die because of him and the truth will never come out about Gavin. Scotty could act as a good detective and Judy could help him prove Gavin guilty, or Scotty won’t go crazy but will only end up never knowing the truth. 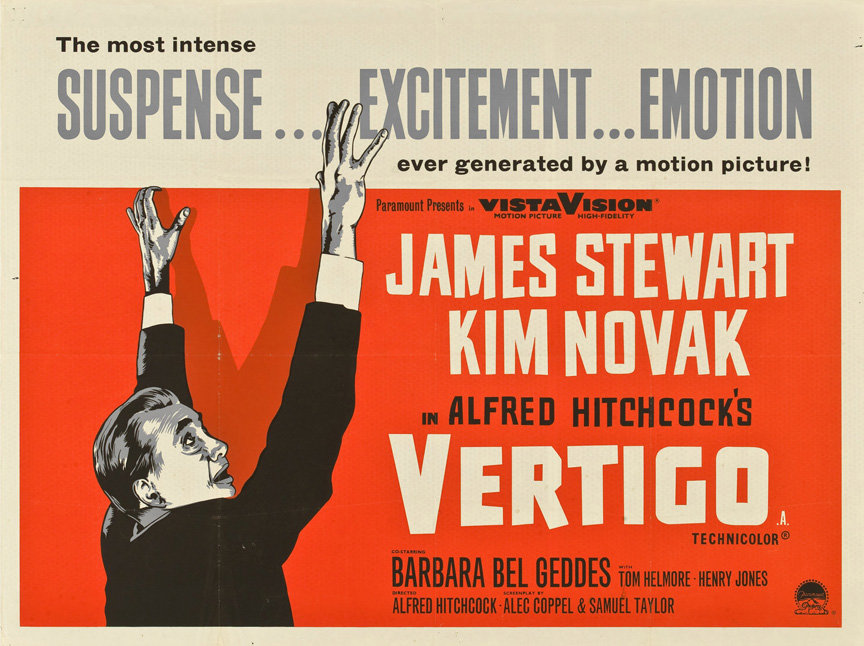