My initial impressions and reactions to Walt Whitman’s work was not that surprising. The poem was really deep and had a lot of meaning to it. My reaction to it is that a lot of people of almost all age groups can relate to it even though he started writing it when he was 37 years of age. My initial thoughts on the section my group was assigned was that it was going to be sad, but calm because it was the last couple lines. He’s basically talking about his last few days while being alive before dying because he uses all kinds of words that give hints that he’s talking about that. Whitman’s devotion to a Transcendentalist philosophy to his writing is that he thinks everything has a certain meaning to it and that everything through God is perfect. The most important lines the section that I was assigned are, ” who wishes to walk with me?/ will you speak before I am gone?will you prove already too late?”. The reason I think it’s important because if you look at the deeper meaning of it, it looks like he’s asking people to come to him and talk to him about their opinions of life or of him as a person. Or he’s wondering if people will follow his path of staying out of the fog and living a better life, focusing on yourself and everything around it with a better perspective. The lines also help develop theme because you can tell he is living his last few days on Earth. The difficulties I’m having with the work is trying to figure out the true meaning of each line of the poem because it was written in the 1800’s so their way of explaining things is different from ours. Also, transcendentalism is very hard for me to understand so this made it even harder to figure out what things meant while trying to break things down and see what everything means in each line of the poem. 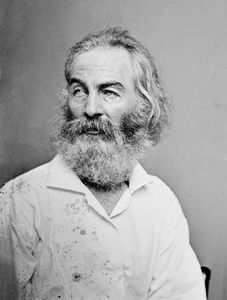