My experience with satire is more than likely a little larger than what I actually realize.  I think of satire as something used to mock something else, so I actually look at satire a lot with all the memes I scroll through daily.  My favorite humor is affilative humor because I like to look at funny videos that make me and my friends laugh really hard.  Sometimes I can look at funny videos or memes for hours and not even feel bored.  I enjoy looking at cat videos and memes that make me laugh really hard to the point where I have abs.  For example, there is one video of a cat farting so aggressively that he literally jumps into the air, and its’s not even that funny at first, but if you watch it over and over again its hilarious.  There is another one that I also enjoy a lot with cats.  There is this cat that had been meowing all morning and the owner recorded it and auto tuned its voice to sound cool and did that to the cat all over the house.  Then there is one with a ferret and he is running around and pushed a tree over and his little head pops out while his owner is yelling at him its very funny.  There is also a meme I posted in Mr. Pavalko’s room that talks about a pug named pugerino.  He’s super cute and it’s my favorite so ya’ll should stop down in Mr. P’s and check it out.  I don’t know anything about Mark Twain and really don’t care to, but now I have to.  The one interesting thing I found out about Mark Twain was that he actually dropped out in fifth grade.  It is impressive that he has been so successful with only a fifth grade education.  Twain was also a steamboat pilot so how one does that with a fifth grade education I don’t know, but I mean good for him.  To wrap it all up, satire is in my life a lot considering I have watched every episode of the office and also have looked at so many videos I can’t even count them. 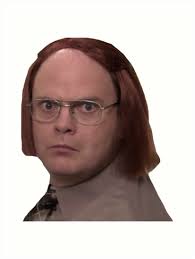