I enjoyed the movie Citizen Kane but it did drag at times. He was a very messed up individual. The way the movie switched it up between the present and flashbacks made it easier to not get bored. I did need some refreshers from my table mates when different people would be speaking to remember who they were and their importance in his life. I’m honestly still trying to figure out why his parents sold him. I mean they looked like they needed the money and they did say they wanted to give him a better life but I just can’t wrap my head around it. I understand that Thatcher wanted a son to pass his legacy onto, but why not just marry someone and have your own? It was also hard to understand if his parents were loving or not. It seemed like in the beginning his mother was the one that didn’t love him and she wouldn’t let him have a loving moment with his father, but then Charles shows his frustration with leaving and his father has the urge to beat him. There was just a lot going on and it was all around an awful situation. Kane was still upset about his parents’ choice to the day he died. Rosebud being his only thing left from his childhood home. He’s always missed his parents and the love they showed him.

This commentary shows that the American Dream was only measured by how wealthy someone was and how much land or enterprise they had. Charles spends so much of his life trying to build the biggest newspaper source around and become extremely wealthy. Unsurprisingly, the way he made most of his money was by bashing other people. Kane has only focused on becoming wealthy for so long that he could not find true love and happiness. Kane even takes it far enough as to consistently chose work over his wife, Susan. Susan eventually tells him that she doesn’t want to live with him anymore because he just tries to buy her love. Thatcher doesn’t have a very good love life either so he doesn’t prove to be a good role model in that sense. Also his parents didn’t seem to have the most loving relationship so why should he strive for the same thing? The only person who actually knew why Kane was such a money hungry person was Mr. Bernstein. He was Kane’s only true friend and he knew that he was sold to Thatcher and that Kane will always feel betrayed by his family. 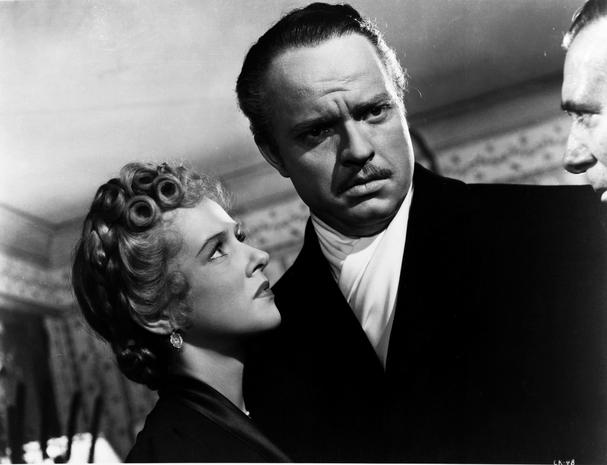 All three poems are connected in the idea that society and the fear of judgement controls a persons thought process and decisions. In “The Love Song,” Pulfrock conveys the idea of societal boarders by using a party as a setting. The main character longs to speak to a girl but instead of having the ability to, he is stomped down with judgmental remarks he makes up in his head that he imagines the higher class saying. He must instead sit outside the party and simply observe. The point of view of the character supports the theme by showing the reader the constant internal battle the man is going through. It is so bad that he believed if he interferes with the higher class, the entire universe would be titled off its axis and spun upside down and fate as we know it would be ruined. “Disillusionment of 10 o’clock” is also about the differences between higher and lower classes. Stephens believes that if you live to be just like everyone else for fear of judgement, you ought to be dead because you are really not living your own life. The only character in the poem that is respected as an alive person is the pirate because he is genuinely happy and unconcerned with what the other people think. He can go to sleep drunk and sleep in whatever he would like to because he is being his own unique person no matter what. “anyone lived in a pretty how town” is less about the differences that exist in society and instead the similarities. Cummings points out that everyone is going through the same motions and is just trying to make it through life, no matter what class you are from. My favorite one that we read was “The Love Song” because I understood that one a lot more. After reading through it a couple more times and the time we did in class, it was a lot simpler than anything I was making out to be. Although it is the longest out of all three, there are a lot of points in the poem like the comparison of clothing that will stand the test of time and will always be a connection to the reader.