My writing style usually is usually the epitome of spastic. I decide I’m writing something and then with little planning I throw myself into the story, usually finishing it in one sitting. Maybe if I’m feeling especially ambitious I’ll proof read it before passing it on to somebody else. This system worked for me. I finished the assignment, turned it in on time usually receiving an above average grade. Being forced to but some structure into this new story has really showed me how much better my past stories could have been. The last short story I wrote was in 7th grade with Mrs. Varonka. A few days ago I found it when cleaning my room and upon reading it discovered how my memory of some of my best work was much harsher in the eye’s of a 10th grader. Although I can say I had a very strong Mileua, my story had some serious plot faults. Things happened without much reasoning and big event’s that would cause a much larger response were brushed under the rug. Not to mention, my deposition seemed rushed as if I had 10 minutes to finish my story and I had to wrap it up.

Looking back I now see how some use of the techniques we used to organize this story could have really improved my work. When having to write out the conflicts ahead of time I was forced to work out some kinks that lead to me having better ideas when writing the rough draft. It forced me to question the character’s motives. I asked questions like, “would someone actually respond like that” and “would my a character with this personality think like this.” Getting to develop my characters also really helped me. When answering questions about their personality I started to look at them as a person and my writing as part of their life.

The inspiration for my story came very easily this time for me. As soon as I read the 6 words I choose I immediately had an unusual take on when they would be used. Something that helped me develop my story . I am having trouble with how to correctly set up dialogue. I know I have to use indentation and paragraphs but right now it looks like a mess.

Many people would read this book and absolutely hate it. They would say its depressing. It starts out too slow or that it deals with too many difficult topics. Although these statements may be somewhat true, the concept is based in reality, something I really enjoy. I’m no where near the end of the book, but from what I have read, I really enjoy this book. There are many serious topics but these topics are not the point of this book, instead I focus on the unique point of view of the main character. The ability for her maintain her sanity and continue onward amazes me. She is stronger than most and this attribute shines through not only by what she does but also how she thinks. The book is written in first person so her quality of perseverance is seen in the way the story is told. Not only is she stable but she also handles situations with a calmness almost as if nothing is wrong and she has nothing to be angry about.

I choose this book because I knew it was realistic fiction, my favorite genre of book. Maybe it means I lack imagination, but when reading; I enjoy the story much better if I can figure it happened or could happen. This book does not disappoint in that aspect. These things did happen, maybe not to one person, or in this order. But these feeling thoughts and experiences were had by other people. As I read more f the story I realize that I am going to gain something from it. Many stories I read leave me the same as I started. I forget I ever read them, or I wish to forget I ever read them. I do not think this will be one of those forgotten stories. I think I will learn something from this book. Gain an understanding of people who live lives very different from mind. I can say something I rarely say when introduced to a new character; I can relate to the main character on practically nothing at all. She lives in a world very different than mine. And I hope to learn something from reading a story so unlike mine.

My initial reaction to the story “The Devil and Tom Walker” was very neutral. I neither enjoyed or disliked it. The negative and positive qualities seemed to cancel each other out. I enjoyed the beginning of the story more than the end because I thought the ending was very predictable. Once Tom Walker got the treasure nothing unexpected seemed to happen. In the beginning I really enjoyed how the characters were introduced and the rising action. When I began to read the story the setting reminded me of stories I’ve read before in school, “The Crucible” and “Tituba” just to name a few. What sets this story apart from the others is the plot is not focused around witch trials. Although it does have many super natural elements, witch craft is not by any means the most important part of the story.Most stories set in New England near this time period, especially with such emphasis on religion will at least mention witches, unlike “The Devil and Tom Walker”.

The society the author writes of is very strict and close minded. The main focus of the area during this time period is religion. But not just any religion, specifically Protestantism, and no other will be tolerated.  The society at this time is also very judgmental of the unknown. People who are not like everyone else will often be shunned or ignored.I believe Irving wrote this story to illustrate the lengths people will go to for money and to comment on how religion can be used for the wrong reasons.  Tom Walker is willing to sell his soul for money, running a company that prophets on people’s misfortunes, and then attempts to cover his history with religion. Not only does he attempt to become religious but he also looks down on others who do not follow his exact religion. His actions become very hypocritical when he attempts to undo what has already been done.  For a modern twist on the story the diction could be changed to a more contemporary version. Some words we no longer use. Terms like usurer could be changed to more current words. 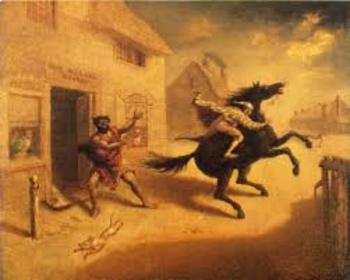 Taking notes have never been my favorite thing to do in school, but I can safely say that if I had to take notes in any subject it  would have to be English. It could have been much worse. Much Much worse. It could have been math class. Plus I learned the difference between mood and theme (I always thought they were the same thing).  I also have started thinking about stock characters more. I’ve started realizing how empty some of their roles are. While watching T.V. I’ve been actively participating  …Whether I want to or not. After learning about the terminology every detail of a story pops out at me as one of our vocab words. I truthfully wish it would stop because sometimes it just ruins the movie. Dissecting my favorite movie has been somewhat depressing. It has made me realize some of my favorite characters are just stock. They aren’t really that important to the story. I really don’t like thinking about the making of the movie because it makes me face the fact that it’s just that, a movie. When I’m watching a movie I just want to be able to loose myself in it and forget that it is all pretend. But analyzing something this deeply made me face just how planned out everything is and that none of these people go any further then this hour and a half movie.

As far as my second week of school, there’s not much to say. I’m already tired of everything, and procrastination has become my constant companion. I’m extremely horrible with technology so the details of logging in and turning in are more difficult then most of the actual assignments. It’s caused some major problems. I bought all these notebooks thinking I would be doing things the old fashioned way, but in reality I’ve been using my surface pro so much it dies twice a day. Also, I really need to start getting more sleep. It’s a problem. It just doesn’t work out very well for me. I try, I really do, but everything ends up taking longer then it should. 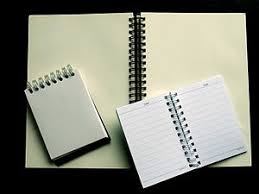