The second book I chose to read for independent reading was Always and Forever, Lara Jean by Jenny Han. My overall reaction to this book was good. I really liked it. It was a very easy read, but I also was emotionally connected to it. I was very attached to the characters. Since it was the third book to the All The Boys I’ve Loved Before series I have known the characters and how they act so it made the book even better. I went into this book expecting for me to like it and I was completely satisfied. I would completely recommend this book to anyone, as long as you like romantics then you will love this book. It is a bit cheesy at times but I can’t deny that it is still good. It is also good if you want a feel-good book. It isn’t a depressing book in any way. Honestly, the only thing that I did not like was the ending. It ended in a very good way, but it stopped so abruptly. The main characters Lara Jean and Peter got into a pretty bad fight. They essentially broke up but it all happened so fast. All of a sudden they made up and were together again. The only problem is that they did not solve any of their main problems. The book ended with them getting ready to go to college, but since they did not solve their problems I don’t think they are going to work out even though it seems like they will. I would have rathered the book ends with them in college and how things were going or a flashback to after college to see if they were together or not. It just ended so abruptly that it seemed like the ending was forced, and it made it less realistic. Besides that, I really liked the book. My favorite character in the third book is Lara Jean. She is the main character. I love her personality. She is smart, confident, and doesn’t care what people think about her. Even though she dates one of the most popular boys in school, she stays true to herself. She doesn’t change who she is to fit the role of what most people would think she should be because she dates Peter. My least favorite character is Margot. She is Lara Jean’s older sister. Throughout this book, she acts like a stuck up brat. There are a few times that I like her but most of the time she is very irritating. She does not like that her dad is remarrying and she causes problems in their family dynamic which makes things very awkward. While I was reading this book I noticed a lot of similarities to the events that occurred in the book and things that happen here at Bloomsburg. One example is that Lara Jean and Peter want to go to the same college. They both plan their futures based on them being together in college. As dumb as this is, kids in high school do it all the time. They make their decision based on their girlfriend or boyfriend and then when things do not work out as planned it goes very bad. That is essentially what happened in this book. Luckily, it all worked out but that does not typically happen in real life. Another thing I that they did in the book was after they graduated they went to the beach for a week with all their friends. They called it Beach Week instead of Senior Week but it is the same thing as what most high school kids do now. I thought it was funny when I read it because it was so similar to how high school is for us. Overall I really liked this book, and am so glad that I read this series for Independent Reading.

The first book I read for independent reading was P.S I Still Love You by Jenny Han. This was the second book To All the Boys I’ve Loved Before series. I absolutely loved this book. If you are someone that likes romantics then this is definitely for you. It is such a feel-good book, and I didn’t want to stop reading it. I was engaged the whole time, which honestly does not typically happen when I am reading. The ending to this book is a little bit suspenseful but it made me even more excited for the next one. I love how the author portrays the main character, Lara Jean. She is such a sweet innocent girl and her character fits perfectly in the book. She is dating the star lacrosse player that every girl thinks is so attractive. Since they are so different it makes the book so much better to read. You wouldn’t typically think that she would be into someone like him since she is more of a nerd and hates sports but she is. You also wouldn’t think that he would be into her, or at least that is what they want you to think, so the story becomes more interesting. The character I liked the most in this book was Lara Jean’s sister Kitty. She brings so much humor and fun into the book. She is constantly making a joke about something and is very sarcastic. It makes the book seem more realistic because most of the time sisters do not get along that well. Her sarcastic comments also make the book entertaining. She says things that make what’s going on in the story seem real. When you read it, it makes you realize how accurate the things she says are to real life. The one thing that made this book even better for me was that I read and watched the first book of this series, so when I was reading it I could picture and hear the characters saying and doing the things in the book. It definitely made it more interesting for me. It was almost like I was watching the movie in my head. My least favorite character in P.S I Still Love You is Gen. She is the Lara Jean’s best friends cousin and more importantly Lara Jeans’s boyfriend’s ex. Lara Jean’s boyfriend, Peter, essentially broke up with Gen who he had been with for a couple years and started dating Lara Jean. Gen already did not like Lara so I am sure you can see how she felt about Peter and Lara. Since she was mad about them being together, she took it out on Lara Jean and not Peter mostly because of the fact that she still wanted to get back together with him. The problem with this all is that she acted so rude to Lara when Peter wasn’t around and then so sweet when she was with Peter. It ended up making them fight because Peter would say she was being nice and Lara wouldn’t think so which caused a lot of problems in their relationship. The author definitely had Gen act the way she did to cause conflict and make it realistic. Every time she would act rude and do things to try and hurt Peter and Lara Jean’s relationship, it made it more interesting to read. It also made me realize how realistic it is to high school now. The amount of times that other girls or boys try to interfere in a couple’s relationship now is so much. It honestly happens all the time and most the time it causes problems like it did in the book. Since it happens so much, when I was reading it I didn’t feel like it was far off from every day and I like that about it. Overall I really enjoyed reading this book. 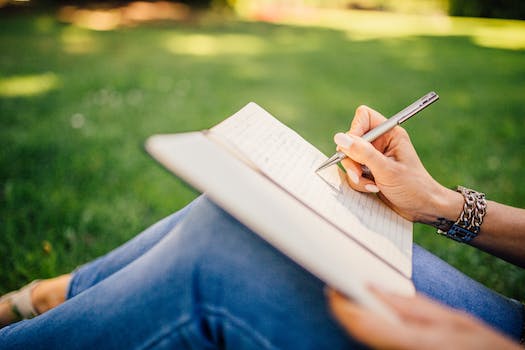 When I initially decided to use the six-word short story “As I fell my mind wandered” I knew I wanted it to be about a suicide. Not much has changed though. It took me some time to really decide how I wanted the story to go. Once I started to brainstorm I figured out how I wanted my story to go. I wanted it to be a little different then what you would normally expect. I took a  different approach. The main character is very popular at her high school, but who she seems to be isn’t who she really is. I would say the only difference from the beginning to end was the reason why she was depressed. Her parents are the main reason why she is depressed. Overall I like my story. I liked the idea I was trying to tell. The only thing I don’t like is how to tell it. I feel like it isn’t good enough. I struggled the most with how to write what I was thinking. I felt like I couldn’t get it to flow. I also wasn’t sure if I had enough detail because I think my story makes so much sense to me but that is because I came up with it. As a reader, you don’t know what I am thinking. As the writer, I had to try and put enough detail that made it make sense but not too much where it was too much. I have been done with my first book for a while now, I am now waiting to get my second book. The second book I want to read is the third book of the “P.S I Love You” series. My first book choice affected my second book because it is the last book of the series. The first book ended with a lot of questions and I just want to find out what happens in the end.