Okay so I am just going to have to push through this one because I am struggling to keep my eyes open over here like all I want to do is take a nap. So I read the book Its Not Like It’s a Secret by Misa Sugiura. I thought it was a really good book to be honest. It talked about all the stuff that needs to be talked about and the stuff teenagers go through in public high school. I read this book because a friend recommended it and I was in need of a book for this. I’m usually not into love stories or books like this at all but after reading this it was not that bad. My thoughts about this book definitely did change while reading it. At first I thought it was going to be boring and I was not going to be interested in it but after finishing of the story I ended up really liking it. This book made me think a lot because I sometimes think I am having a bad day but my bad day is nothing like what Sana (the main character) had to go through. Sana was the character empathized with because I felt bad for this girl, she had to go trough so much. It started off with her having to unexpected move because her parents did not warn her or tell her until a little bit before they actually left. I couldn’t imagine having that happen to me and it probably would be so hard to go through. It also didn’t help Sana that her mothers motto is to endure things and bear them without complaining. It’s really bad for you to keep your feelings in like that and that exactly what Sana did. Also another thing that Sana had to go through was at her new school it was a lot more diverse but that brought on racism. ALSO Sana’s mom was even racist to some people and it just was not a good environment for Sana. Then on top of all this drama she had to go through she realized she might like a girl and didn’t know how to bring it up to her parents but she was lucky she could talk to a few friends to help her realize what she really wanted. She ended up starting to date this girl but kept it on the down low. But of course would it really be high school if her secret did not get out. This then made her question pretty much all of her decisions so far at this new school. This forced her to step out of her boundaries of being quiet and have big conversations with people to make things right. I’m glad that someone recommended this to me to read because it was really good and I definitely recommend it to other people to read too. There is a lot of stuff in this book about race, culture, identity, family silence, and truth and I think that is what really made me like this book. I think there needs to be more books like this because it’s a good thing for people to read about this to either realize that they might not be the only people going through similar situations or to inform people on what other people might be going through. More people need to hear about these problems and reading books like this will definitely spread the word that you do not know what going on it other peoples lives so just try to be nice to everyone and it could make their day.

Hey I am back and better than ever! I feel like I haven’t done a blog in like three years and guess what… I didn’t miss it. Also TWO 600 word blogs !?!? I think you are trying to kill me. So I did not like the book or any books in general. It wasn’t very interesting but it was very detailed which i guess is good for a book so you can have a clear image of what is going throughout the story. First of all his “love” was a car… like what the heck he was a freak. Also why would a car kill people like that is so weird. Then the fact the Arnie’s personality was changing because of the possessed car was just strange. Honestly the story line in general just was not good, it was not a good topic. I decided to read this book because I like horror stories and I thought this book would be good. I also thought I would like this because most of Stephen Kings stories are pretty good and I had some high expectations because I thought it would be like IT.I also just needed a book to read so I just grabbed this off the shelf. I really thought it would be good but I was really wrong. My initial thought about this book definitely did change while reading. When I first started reading I thought I was going to like it. Then by the end of the book I quickly realized that I really did not like it. I empathized with Arnie’s friend Dennis. He knew what was up the whole time I swear. Like when they first saw the car Dennis was like Arnie what the hell are you doing, you don’t need this and he also told him that it was too much money for that pile of junk but of course Arnie didn’t listen. I also feel like Dennis had gotten a weird vibe from the old man who was trying to sell the old car because he was not having it. Dennis also quickly noticed when Arnie’s personality was changing and tried to get rid of the car in order for everything to stop but it did not work. I also really did not like Arnie he was a butt hole honestly. He was awful to his friends during this whole story he also changed so much throughout the it. But Dennis on the other hand was a good friend but he was pulled into all of Arnie’s crap but he cared for him so much that he tried to fix everything Arnie messed up. He was by Arnie’s side the whole time through which shows you how good of a friend he was to him. I don’t think anybody should read this book because it was bad. The story line was very, very bad but that’s just my opinion. This was so boring to read and I was not very interested in it at all. While reading this book all I thought to myself was how many other useful things I could have been doing with my time. When you go to read a story especially a horror story you want it to be interesting and you want it to pull you into the story but in this book it really did not do that for me. Next book i get for this though I’ll just have to remember to read a little bit of the book before I get it. Some people might like it but it really just was not the book for me.

Well there is not that much of a difference between my initial thought and what the story is now. It is kind of different by the way I ended the story but that is about it. I ended it by not having all the humans die but have just one stay till the end of the whole story so that the story could be told. I have a couple thoughts about my story the biggest one is that I hate it and writing it was awful and it felt like torture. My story also sucks like you honestly should not even read it and just give me full credit for pity if you’re feeling generous but that might be a bit far fetched. Anyways there is not much that I like about my story because the only reason I did it was for a grade. If I did have to say something that I liked about my story it would have to be the topic I wrote it about and how I based it in the future but there is not much else. I am just going to say that I am done with my book and go with the flow to be completely honest. I will have it done soon though trust me. Its been pretty good so far I guess but I am still not a big fan of reading and I don’t think I ever will be. I don’t have my second book yet because I am a bit behind but I will definitely get that this week. My first book did not really affect what I want to read next. I am thinking something that has to do with space or something. Those are the most interesting books to me because I don’t actually fall asleep while reading them.

This was me writing my story: 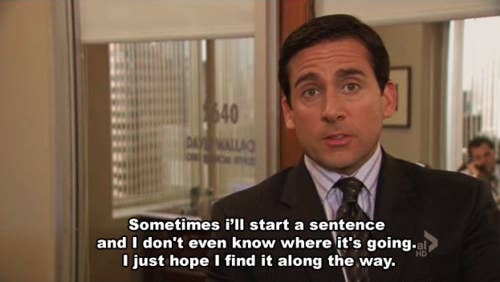