The book that I chose to read for my 3rd quarter IR book was Five Feet Apart written by Rachael Lippincott. This was by far one of the best books I have ever read. I have also watched the movie and I think they are both great. If you are a fan of dramatic romance books, you would love this one. There really was not anything that I did not like about this book. One of my favorite parts of this book was how hard Stella tried to not fall in love with Will, but there was no way that she couldn’t. I think that is one of the cutest things. This really just gets the reader more attached to the characters. I know that it did for me. Stella has a youtube channel where she uploads a bunch of videos about her daily life and routines. Once Will finds out about the videos that she makes, he watches all of them to learn more about her. In my opinion that is the cutest thing ever. I know that I will probably be saying that during this whole entire blog, but that is just how I feel. Barb, the nurse in charge of keeping Stell and Will apart, is worried about them being together. I think she is a very important character in this book. She is worried about them being together because she had two patients before who fell in love but were too close to each other. Those two patients ended up infecting each other and they died. In my opinion, this story that Barb told them just adds to them trying to find ways around their disease. This is a very important part of the plot of the story. The author did a great job making this one thing the obstacle in the story. Sneaking around Barb and not contracting their diseases are the most important things to them. At some points, the author makes a point to show that sometimes those things don’t matter if you are in love and want to be together. I really do not know why Poe, Stella’s best friend, had to die when things were just getting good. It was a major heartbreaker for me. Poe was always the positive one in the group and was always trying to make things seem a whole lot better. I do not really know if it is possible for me to love and ending and also hate it at the same time, but that is how I felt at the end of the book. Will and Stela were hanging out by a pond when Stella decided that she would go out on the ice and skate around. I am pretty sure we all knew what was coming next. Stella fell into the water and Will fished her out and had to give her CPR. Will was running out of oxygen because he was giving all of it to Stella. Will basically passed out but I thought he was a goner. Fortunately, Stella had the operation to get new lungs to survive. Will ended up leaving for the sake of their health. Will and Stella saw each other at the airport and smiled. This was a great book to read and the fact that I also saw the movie gave me more of a visual while I was reading. 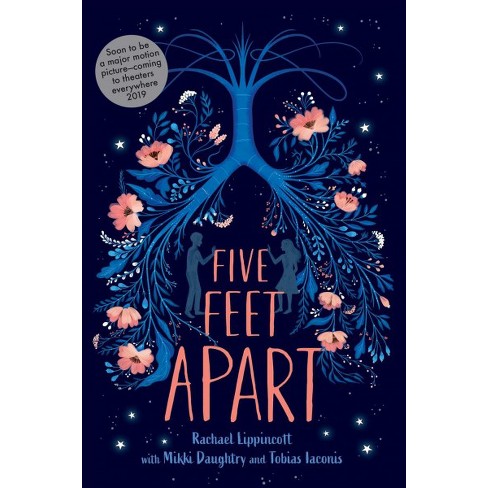