I’m really not sure if I would actually take the time again and follow Franklin’s virtues or just take the time to look at them and think about which ones I followed. I do not think these virtues apply to all people even though everyone could probably follow them. I personally didn’t have a lot of problems following these virtues. On Friday, I went out to eat at the hibachi restaurant and might have overdone it a little bit but not too much that I couldn’t function.  Another virtue that I violated was order. I never really have a schedule for everything that I do throughout the day. I mostly just go with the flow of everything. I plan my nights out more than my morning and afternoon. After school, I go to practice, go home, eat, do homework, and go to bed. Sometimes things pop up that don’t go along with that schedule like maybe Netflix. I think i followed frugality. I bought gifts for my friends for Christmas, so I’m not sure if that follows the virtue or breaks it. I’m almost 100% positive that it follows it because the definition is to only do things that benefit you or the people around you. I would say that buying gifts for my friends benefits them. I think the virtues that were the most easy to follow would either be cleanliness, sincerity, or silence. It is not that difficult to go home and take a shower or just to simply put deodorant on before you go somewhere, for example, like school. Sincerity is also not that difficult to follow. All you have to do is be thoughtful to the people around you and let what you say be intentional. Lastly, for silence, it is not that difficult to keep your mouth shut when you want to say something mean to someone or make an obnoxious comment about something. There are somethings that do not need to be said at certain times. Overall, I did not have a tough time trying to follow these virtues that came from back 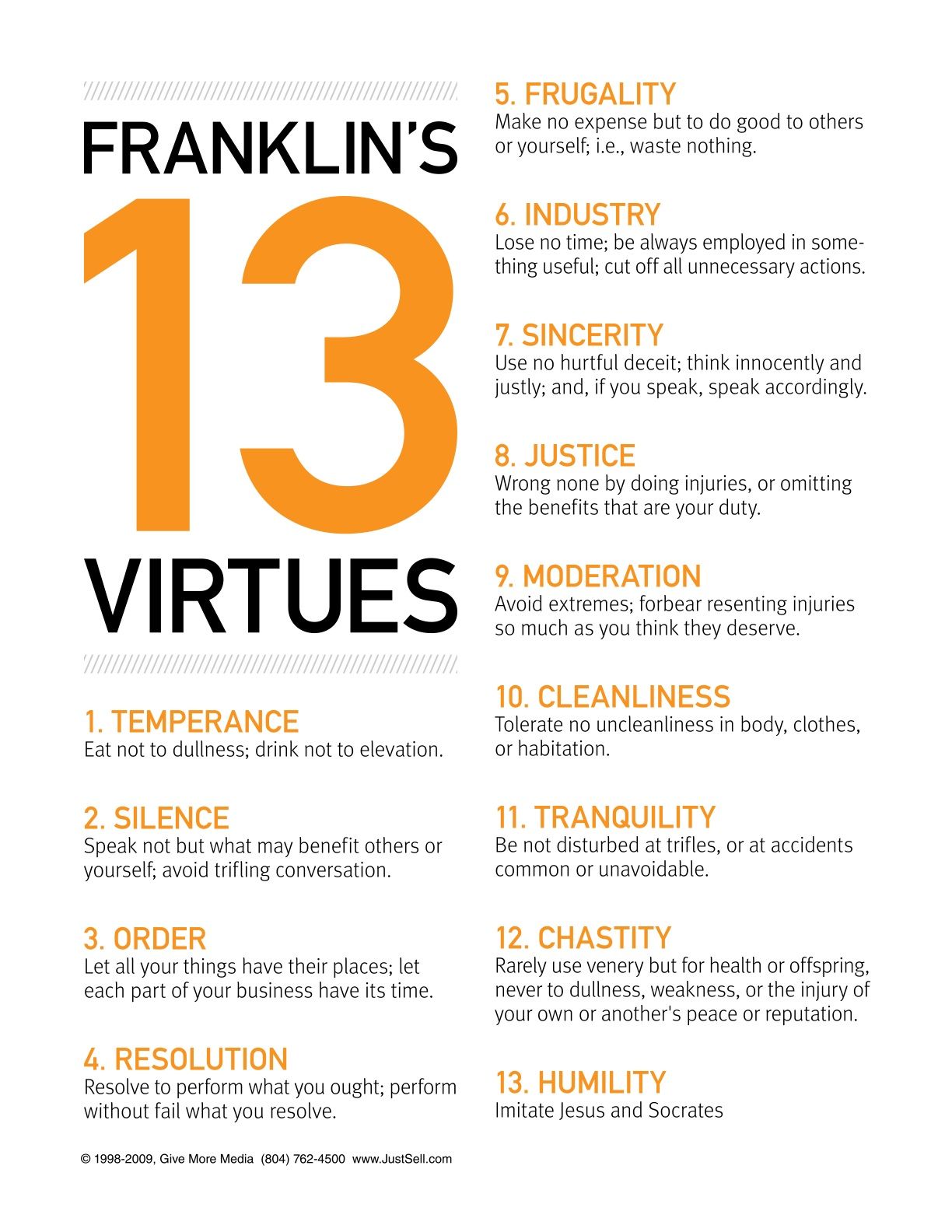 when dinosaurs were alive.