My reaction to the film citizen Kane was actually pretty good. For an old film i was drawn in the whole time and although some of the parts were a bit dry or confusing there was enough going on and plot twists to make it interesting. It was almost a little more realistic than vertigo. The fact that it was black and white and i didn’t even mind was also a good sign. I think before we started the film when we had to think about the two questions, why isn’t charlie happy and what does he want, was really helpful because then we could pick out specific details and piece them together throughout the whole movie. You initially know charlie isn’t happy because he was taken away from his family at a young age even though his parents just wanted him to have a better life and his mother wanted him away from his father, they didn’t think about his true happiness which sticks with the theme money can’t buy happiness. And everyone can say a big flashy life filled with money is pretty much the american dream. Throughout the movie everything charlie does isn’t because he truly cares about them it’s because he gets fun and enjoyment  out of them to almost distract him from his true loneliness and lack of love he has felt since his mom sent him away. both of the woman he marries get excitement and enjoyment from the big rich life he lives but eventually after some time they realize he doesn’t have any love to give he just wants to receive it and feel something new like when he was younger. Susan’s story and remembrance of him really stood out to me because even though he didn’t love her really she still talked about him and was a wreck when he died because she loved him. Especially the scene where he went on a rampage and destroyed everything of hers because before that he just wanted her to stay with him so bad and says “you can’t do this to me” making it about him and she just can’t take it anymore and leaves feeling like she took control because she can do this to him. Which leads directly to the main mystery and point to the story finding out what rosebud means. He finds Susan’s snow globe and immediately remembers the last time he was happy at his house when he was younger playing in the snow before he was taken away from his parents who he loved. Then the last scene shows his sled getting burned that he played with in the snow and you see his life didn’t matter anymore and he should of lived for other people and himself not the money and filling his time collecting useless thing. I also found it funny that the whole movie was just leading up to a sled instead of something more shocking, so that was a nice touch. After painfully and confusingly reading all the poems i can say i hated the least “lovesong of j Alfred Prufrock” by ts eliot. the other two poems were really just about everyone falling into place in society. how once every gets comfortable no one breaks out of common action and speaks out to be different. “Disillusionment of 10 o’clock” just talked about everyone being the same when they go to bed wearing white nightgowns and the only time they are different is when they dream and go to bed. It’s almost like even though no one sees them when they go to bed they still pick the white night gown to be safe and not take the risk of being different. dreaming is a time they can break away from society and not be publicly different or judged. But then a guy goes to bed drunk and finally dreams about weird odd things but they are different than anyone else’s normal dream. “Anyone lived in a pretty how town” isn’t much different as the other one where it also talks about commonness and blending in with society and that life will just go on. the poem says how women and men are just together there is differentiation between gender making one stand out from the other. Both the poems just show how society is wrongly perceived and distorted. I feel like i chose the first poem “lovesong of j alfred prufrock” because although it is showing how much closure people can put up and the fake people out there this one person, prufrock, is looking out at high society and finally decided to tell the truth even though he feels unworthy. And it’s really hard to do that sometimes, but he is not only accepting himself he’s telling the truth which can be a risky ugly thing. Also not only telling lies but lying to yourself is an even worse, which you can take away from the poem. The other two poems really just get across their point of how these people are nothing to society but don’t have as much of a realistic outcome. 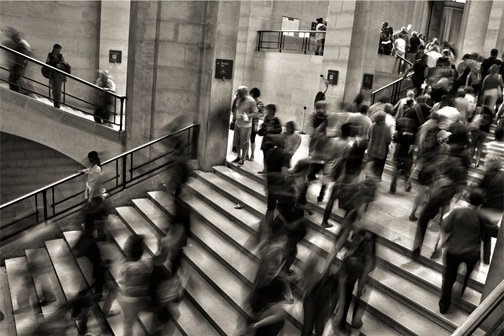