my thoughts about the short story “The Celebrated Jumping Frog of Calaveras County” was confused at first but then i understood it and thought it was really interesting and funny when i figured out who all the characters were and why the certain people telling certain parts were important. i liked how this high class guy was looking for a specific story and then got a whole other story from this low class southern guy who could probably juts sit there all day and tell everyone stories if they asked. the satire was also good because of the way the character simon talked and the words he used when he told his story. it also just gives you a feel of how mark twain is going to write. i’m excited to read huckleberry finn because i don’t really know anything about it or the style the story is going to be written except for satire and how “the celebrated jumping frog…” was written fro a bit of an idea. i’m pretty sure it was made into a movie so i can only expect good things from it and that i’ll like it. my thought’s on the short film imom were interesting. the showing of dependency on technology, mother and father relationships, how imom was a product of us, wine mom or (alcoholic), and the baby being killed wasn’t really average humor. it was more dark humor to show the message of the short film and still use satire. the comments the parents made to each other in the commercial as well as the spokes person showed satire between them and the comments the little kid would make to the imom showed satire too. humor really wasn’t the goal in the end though you can tell because the parent and kid relationships were a lot more important and stood out a lot and everyone at the end showed they had lines and the main guy didn’t know what to say anymore because it was all fake and the imom didn’t work in the end showing society shouldn’t use all this technology and stray away from their kids because the technology could go wrong and the parents could have bad relationships with kids. 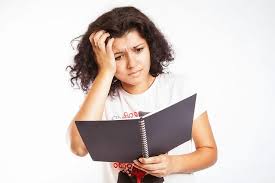