I hate debating. Every time we have had debates in the past, it always just turns into the same three or four people yelling at each other from across the room. Obviously since this will be just two people going against each other and not half the class debating against the other half, that won’t be a problem, but I still was not excited at all when I learned that we were going to debate. Hopefully it won’t be too bad because there will be a lot of structure and formality to the debate. My topic for the debate is gun control, and I got the pro side for it. This is also the side I personally believe in. I am happy I got this side because it will be nice to not have to debate for something I don’t agree with. Honestly, Jamie was the one person in the class I didn’t want to debate against, and I still managed to pick the same topic as her. It’s better than having to go against Mcgarry, but I still didn’t want to go against her because she’s on the forensics team and actually knows how to debate.

Prior to research, most of my knowledge about gun control comes from just hearing people talk about it. Usually after a big shooting we talk about it in our history class, and sometimes the topic of what to do about gun control comes up. The main idea of the argument for gun control is that it will be harder for people to access guns, which means it will be harder for someone that wants to use a gun for criminal purposes to find one. If it is harder for these people to access a gun, then less people will die in shootings. Some basic research shows many arguments to use in a logical approach, such as statistics on how many injuries and deaths are caused by guns and how other countries have created stricter gun control laws. An ethical appeal would be the moral obligation to protect lives, and an emotional appeal would be the fear of being killed by a gun. 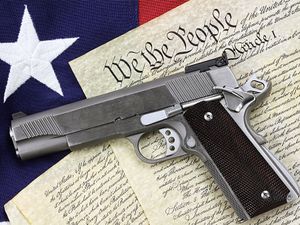 My school year has gone pretty well so far. I pretty much like all of my classes, and I’m doing well in them. The one thing I would change is I need to stop procrastinating. I really just need to stop putting things off and stop being lazy. With drama practice starting I’m going to have to start doing my homework earlier anyway because I won’t have as much time to put it off. I need to stop wasting time in study hall too because I never end up getting anything done in study hall because I end up talking to people or just sitting there not doing anything. I really just need to stop being lazy and just do stuff earlier.