I really loved the second book I picked for the first quarter, Snow Like Ashes by Sara Raasch. This time, instead of just trying to find a book randomly looking through the library, I used the What Should I Read Next feature on the library website, which was a really good choice. I’m going to start off with saying I know this is just young adult trash but I don’t care. I’m trash too and I liked it. The book was pretty much what I expected, so my thoughts on it didn’t change too much throughout. The first thing I liked about it was the main character, Meira. I really liked her, and she was much more realistic than the main character in the first book I read. She is honestly just like all the other main characters in the books I like but I still really liked the book. Almost all of the main characters in the books I read can be summed up by a teenage girl that wants to prove herself and make her own destiny, and she ignores what people tell her to do because she just does what she thinks is right, but hey if it works it works. Meira fits this character type exactly. She wants to prove that she can help her kingdom, but she wants to do it in her own way and still stay true to herself. The books starts off with her trying to prove that she is capable of going on missions to help her kingdom and showing her desire to matter. Then she has a chance to get help from a neighboring kingdom by marrying the prince, which would form an alliance between the kingdoms, but she doesn’t want to because that isn’t how she wants to be useful, she wants to fight and be a soldier, not just be someone that is married off. She also doesn’t really follow orders really well. On the first mission she goes on, which is to retrieve half of a locket they need to restore magic to their kingdom and save it, she was supposed to go back to camp if something went wrong. Something does go wrong and guess what she doesn’t do. Instead of going back like she’s supposed to, she goes after the locket half, and does manage to get it after they have been trying for sixteen years to find and get it. At this point I’m thinking that this book is so much better than my first one and I’m very glad I decided to read it. Like my first book, this one also had a twist at the end, but unlike my first book, this twist didn’t come out of nowhere, so it actually made sense. One of the first problems in the book is that the only surviving heir of the destroyed kingdom is male, so he can’t use the magic in the locket they were trying to get because only female heirs can access the magic. The first scene in the book introduces this problem, and my first thought was that it would be much more convenient if Meira was the heir, since she’s female and could use the magic. Then the antagonist, who can use a different, more powerful kind of black magic, tells her that she has magic somewhere with her, but she assumes it’s in a stone that her friend had given her. Now I’m wondering if she could be the child of the queen, not the boy that everyone was told is the heir. Then we find out that Meria actually is the daughter of the queen, and that magic can be contained in a person, not just an object. I do think that other people should read this book. Even though it’s more fantasy, the characters are much more realistic than in my first book. I empathized with the main character so much that I cried when her father figure died, and I would recommend most books that can make me cry.

The first book I chose to read this quarter was Everything, Everything by Nicola Yoon. I wanted to read the book after seeing the movie trailer because I thought it would be good. It wasn’t and I hated it. I didn’t like the writing style at all. For the first probably third of the book, each of the chapters are about a page long. That could have been alright if it was done more sparingly, but it ended up being annoying. I also don’t like how the author introduced everything. It starts off with introducing the reader to the main character, Maddy, but the author does it in a weird way. Instead of having a normal scene where you kind of get information while seeing something play out, it’s more like little snippets of information while Maddy just describes herself and her situation. I really did not like the exposition. Then I just thought the book was unrealistic. Maddy falls in love with the new guy next door, Olly, which just seemed so fake. They had only seen each other through a window and texted for a few weeks and she’s about to die for him. That’s not even an exaggeration. She has an illness that means she pretty much can’t leave her room because she’s allergic to just about everything, and she sees Olly and his dad fight and Olly gets hurt, and she just runs outside like she hasn’t been told her whole life that she can’t do that or she’ll die. Maddy just ends up being really reckless and I don’t like it. I don’t really like Maddy in general. Not only is she reckless, but then she starts ignoring her mom because she wants to hang out with Olly, which made me mad. Her mom gave up her whole life to take care of her, and she can’t even watch a movie with her mom. Then, to add to the recklessness, when her mom fired her favorite nurse, who let Olly visit her and was basically her best friend, Maddy starts to feel like she’s not actually living and runs away. To be fair, she really isn’t living a good life, but still, you can’t just run away like that. She goes to Olly’s house and gets him to go to Hawaii with her, which is just really stupid. She’s basically never been outside before and she just goes to Hawaii just like that. She’s barely afraid of being outside, which is just unrealistic. If you had only talked to a few people in your life and had never left your room, at least that you can remember, you probably wouldn’t be able to really function as a human outside with other people. Even if she did manage to get social skills only ever talking to a handful of people, she wouldn’t know how things work really. I would be afraid going to an airport by myself after being in airports a bunch of times, and she just waltzes right onto a plane like it’s no big deal. I just think that the whole book is really unrealistic. Then the ending of the book had the most ridiculous plot twist ever. It turned out that her mom made up her illness so that she could keep Maddy locked in her room so that she wouldn’t ever get hurt. It really just seemed like the author just threw her mom having a mental illness in there to resolve it, and it just came out of nowhere. I would not recommend this book to anyone else. It feels rushed and unrealistic, and it was not very well written. 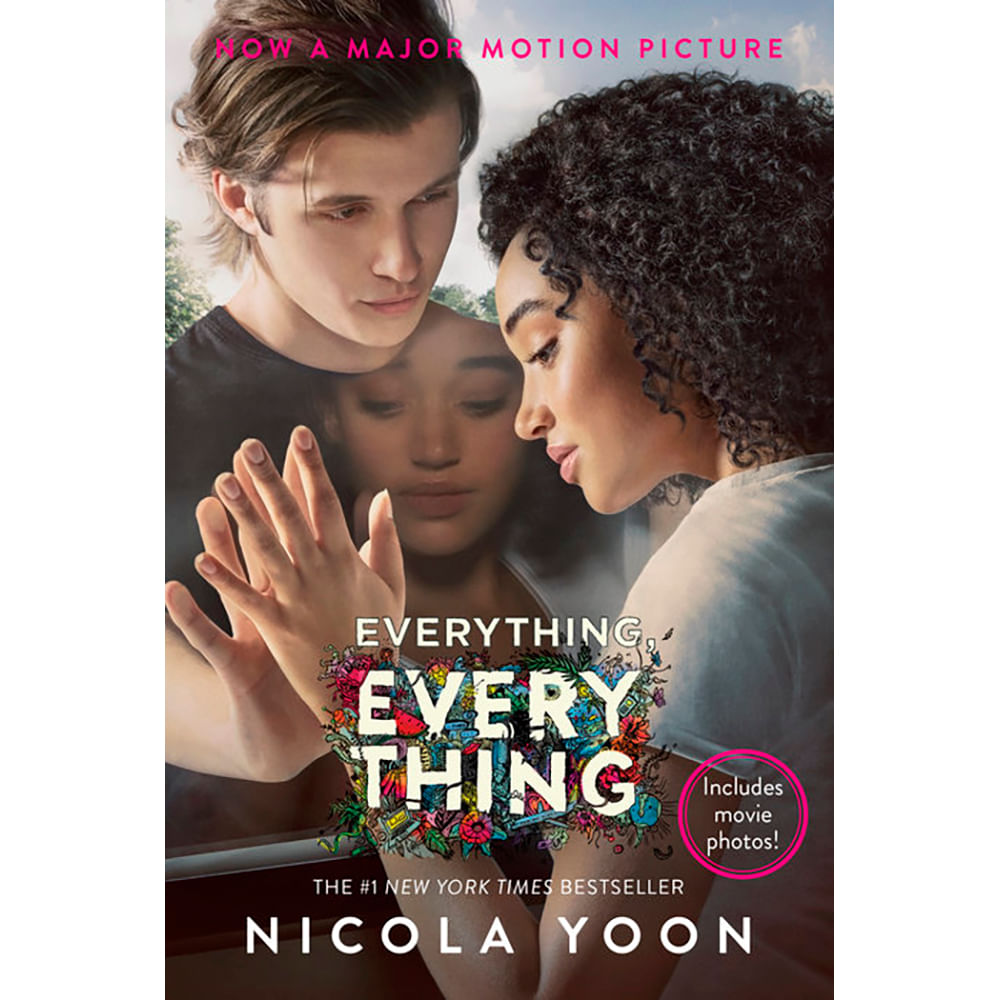 My story really hasn’t changed too much from my first initial idea, it just got a lot more developed. It’s still the same basic idea, I just had to think through all of the little details because of all of the activities we did in class. I had to think about what kind of people my characters are and how all of my conflicts would fit together. I don’t really like my story anymore because of how much I’ve just stared at it. It feels really boring. At least it’s not total trash, it’s more like recycling. I hope.

I honestly hated the first book I read. It was Everything, Everything by Nicola Yoon. This girl just immediately falls in love from watching this new guy next door.  She literally risks her life to be with this guy she just met. And then the ending was a total mess. It ended with her learning that her mom made up that she had this illness so that the mom could keep her all wrapped up in this bubble because she was afraid of losing her. The next book I’m going to read is Snow Like Ashes by Sara Raasch. This time I used the What Should I Read Next link from the high school website and used a different book I really liked and found it that way because I’m terrible at finding actually good books to read. If it’s anything like the book I used to find it, An Ember in the Ashes by Saba Tahir, then it will be a lot better. I love that book so much I stayed up until five am one night because I had to finish it. To be fair, it was over the summer, but still. I’m much more excited about my second book.