I chose the six word short story “‘Wrong number,’ says a familiar voice.” My story is about two friends, Elli and Sara, that get into a fight. Sara is upset that the two of them are growing apart, but Elli thinks Sara is being childish and says some things that hurt Sara. Then Sara drives away and gets into a crash and doesn’t remember anything from the last few years, including meeting and being friends with Elli. Elli starts to feel guilty about how she treated Sara, and Elli realizes how much Sara means to her. Eventually, Elli confesses and apologizes. My first thought when I saw the six word short story was that one person was mad at another person, like for cheating on them or something, but then in class we were talking about some other possibilities, and I didn’t want to do that idea. So then I started thinking about other reasons someone would say they have a wrong number when it isn’t, and I thought that someone could lose their memory. Then I started thinking of ways a person would lose their memory, and I eventually decided on a car crash. Then I thought of the fight between friends and the rest of the story from there. Even though they were a pain to do and I hated doing them, the activities we did in class did help me with my story. They made me really think about all the little details and more fully develop the story. If I had just started writing, I would have run into a lot of problems. Doing the worksheet totally changed how my main character would be at the beginning of the story. And talking with my table in class helped me figure out my resolution to make it easier to do. Having to break down each component step by step really helped me think through each part of the story. I definitely think of writing stories differently now. I knew it wasn’t super easy to do, but I didn’t realize just how much thought and planning would have to go into even just a short story. You can’t just sit down and write. You have to actually think a lot about everything.

Honestly so far I’m pretty disappointed with the book I picked out. The book is Everything, Everything by Nicola Yoon. When the movie trailer came out a while ago, I wanted to see the movie but never did, so I figured I could read the book, which I also wanted to do after finding out about the movie. After only a few chapters though I was kind of disappointed. Most of the chapters are extremely short. For about the first 40 pages, almost all of the chapters are one or two pages. And there were a few pages that were just filled with pictures of charts. Then, after the first 40 pages it turns into a text chat instead of paragraphs, which I really hate. The author tries to make it sounds like an actual text conversation, but it just ends up being annoying. I get that people don’t use grammar when they text, but I don’t want to read that in a book. It ends up just sounding really unnatural. After about 10 pages of texting it’s starting to have a more normal format though, so hopefully the rest of the book won’t be too bad. I think that the movie version would be better because I like the idea of the book, but I really don’t like how it’s written. Also I’m not really a big fan of the mysterious new neighbor. The author tries to make him all mysterious and cool hiding away in his room and climbing on the roof, but I’m not really buying it.  Just from having a basic idea of the beginning of the book from the movie trailer I’m pretty sure it’s just going to be a typical love story. The girl will come out of her “white room,” where she has to stay because she’s allergic to so many things, to go after the mysterious new neighbor and go on some adventures. She’ll have the best time of her life and realize how much she’s been missing all those years. And at one point her mom will probably force her back into her white room, and she’ll mope and be depressed. Or she’ll get sick and have to come back, but either way there will be a part where she’s locked up and gets really sad. It’ll end either with her having a happy ending with a perfect new life or she’s just going to die from being outside.

When I first heard we would be reading a short story, I was not excited. I thought it would be just another boring story thrown into an English textbook that we had to read, but “The Devil and Tom Walker” turned out to not be too terrible. It wasn’t too boring or a struggle to get through. Overall there are worse things we could have had to read. For the most part, the books I read aren’t too similar to “The Devil and Tom Walker,” but I have read books with characters that are similar to the devil in this story. In a book I just finished reading, “A Reaper at the Gates” by Sabaa Tahir, there was a character called the Nightbringer that acted similarly to the devil. The Nightbringer is a dark shadowy figure that uses people so that he can take things from them. Usually it is something material like a piece of jewelry or something that he needs, but one time it was actually a piece of someone’s soul that he needed. And, like the devil, he doesn’t forcefully take these items from the people he uses, they have to give it to him willingly. Most of the books I read don’t have a protagonist that is such a horrible person though, and I’ve definitely never read anything where a character had such an unbothered reaction to the actual devil showing up. The society in the story is very dark. It focuses on all the bad parts of society like the corruption and greed. I like how the author used the trees to show the rotten nature of the people in the town. The story only shows these bad parts of society and none of the good things, but that’s the whole point of the story. The author wrote it to comment on the bad things in society and how evil people can be. He’s showing what happens to evil people like Tom Walker and warning away from being like him.

If I could modify the story to make it more modern, I would put it in a more modern setting. It would be easier to relate to if it was a more familiar setting. I would also use more modern language because today we don’t immediately realize the full implications of some of the words, like termagant, so some of the meaning isn’t as apparent.

The second week of school was pretty filled up with notes. As many notes as you could handle and then some. Most of the things we learned were things that we had gone over in previous years, but we hadn’t gone into so much detail until now. I think that now that I know some of the elements that go into stories I’ll be able to pick them out easier. I think it’s really interesting how pretty much every story has the same basic parts. I particularly liked talking about characters, especially minor characters, and how they serve a purpose and change over the course of the story, and I thought that stock characters and caricatures were especially interesting. For example, in Frozen, Olaf is a stock character of the typical funny sidekick. Previously, I had just enjoyed watching the goofy snowman, but I like now knowing what kind of category he fits into and how he has his own job to contribute to the story. A caricature of greed in Frozen is the Duke of Weselton. I had never really thought about him too much before, but I thought it was really interesting being able to see how everything he does really just focuses on this one character trait.

When you just observe a story, you only take in the basics, either through reading or watching, and you only see the surface information. When you actively engage though you see so many more little details that help you fully understand what is happening and how the author makes it happen. Usually I only observe stories, but now that I know some of the elements that go into making a complex story I might pay closer attention. I think the only way to become a more active participant is to practice. Most people don’t just automatically pick out every little literary device used in a story before ever learning what they are, well, at least I certainly don’t, but now that I’m aware of these elements I can practice seeing them more often and being a more active participant.

My second week of school became a lot harder than the first week. There is so much homework. So much. I knew there would be with two AP courses but still. It’s also a lot harder to get it all done when I don’t get home from tennis matches until late, but I still think this year won’t be too bad. 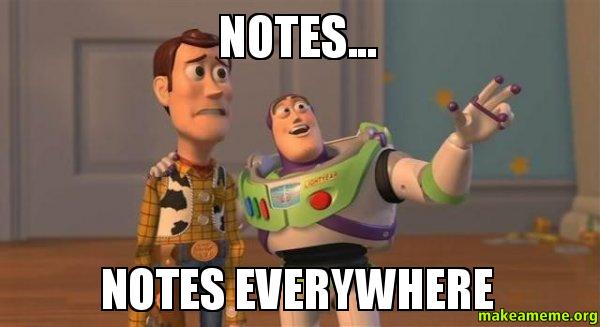