I was not ready for the first week of school. I tried to start my summer work early, but I still ended up finishing it last minute. Once school actually began though, the first week started off pretty easy with a two hour homeroom. I’m in a homeroom with only four other people, who are all a year younger than me, and it was very entertaining listening in on their conversations. Most of Tuesday was filled with rubrics, introductions, and setting up OneNote notebooks. It was very nice when tennis practice was cancelled and I got to actually go home right after school. Wednesday continued being easy with two study halls, which will be very nice to have every other day. Days when I have a double period in both AP Biology and AP Calculus will be rough though. The tennis team was supposed to have a match on Wednesday, but it got rained out. We waited for almost an hour to see if we could dry the courts, but in the end we gave up and ate burgers on the bus. I really liked being able to talk to Jamie and Megan while we waited to see if we would play. It was great getting to talk to them after I hadn’t seen them all summer. Thursday started to become more difficult. I had tennis practice until 6 o’clock and then I had to do lots of homework, so I got to bed an hour and a half later than I was planning to. I love sleep so that was really tragic for me. On Friday I wasn’t paying attention after first period and I started walking upstairs instead of to gym class, but then Jamie gave me a brownie and some fudge in the locker room, which made up for it. All things considered, the first week could have been a lot worse.

I’m expecting this year to be difficult with two AP classes, but I think it will still be a good year. I have lots of fun after school activities with friends to look forward to, and I have at least one friend in each class to make each period fun. I’m really looking forward to chorus and AP Calculus Those were the two classes that I absolutely knew I had to have this year. Surprisingly, I’m also looking forward to AP Bio. I was very against taking that this year because I didn’t really like biology freshman year too much, but I think it will be an interesting class that I’ll enjoy. I’m looking forward to the rest of this year. It’ll be hard, but lots of fun. 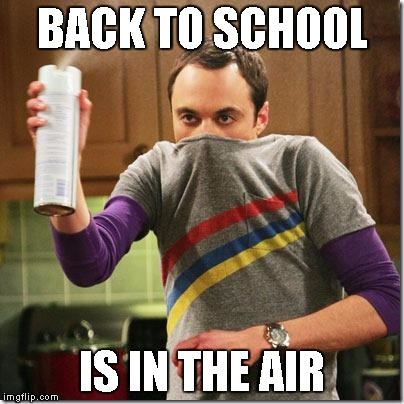