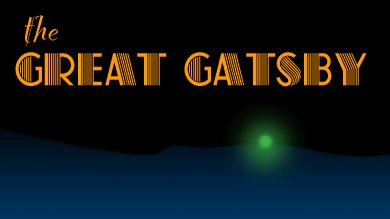 I love that we got the option to select authors this quarter instead of making a movie trailor or randomly selecting a book. I feel because of this I am reading a book I have always wanted to read but never had the ambition to do it because I was always focused on books like The Mafia and His Angel. The author I chose is F. Scott Fitzgerald, he is a really good author. I l like him and his work because he kept writing despite all of his flaws and obstacles that were thrown his way. Overall he seemed like a really great guy, which is important for readers in today’s society. There was a lot of juicy details and drama written about  F. Scott Fitzgerald’s life, so I picked, what I thought was, the most interesting facts on Fitzgerald. His wife was considered a 1920s “flapper”. Not only is he an inspiration but his wife was too. Herself and many other flappers changed society for the better and broke a lot of strict norms along the way. It was said by his college classmates and peers that Fitzgerald was a poor student who often cut classes at Princeton here we are again with breaking the norms, maybe this is why he is such a great writer because he didn’t do want most writers did, he and his writing was nowhere near perfect. It was also said by a classmate he had awful spelling. He later dropped to join the military. One my favorite fact that I have learned about him so far would have to be that he had a rocky friendship with Ernest Hemingway. I wonder if they had one of those weird relationships where a friend is more successful than the other (Hemingway by far at the time) which drives a wedge in between them. Like when one friend pays for everything and the other mooches off of them like a dirty slug. The last and personally my favorite fact I found about Fitzgerald Hemingway was rumored to have an intense dislike of Fitzgerald’s wife, whom he described a crazy and said she was a distraction to her husband’s writing.