One things for sure and that is that all 3 poems themes tie into depression and not being able to find your way in the world as well as a theme of passing time. In Prufrock’s poem it is all about a high class man. Hes trying to fit in with those around him while attending a fancy social gathering. People are socializing but he is just existing. He is viewing what all is going on around him but isnt doing too well himself to fit in. This poem gets at the idea that you wont always fit in no matter how hard you try. You may just end up on the outside looking in. It also shows that you can be so close to fitting in but just not quite reach it. The poem has the theme of time embedded in it as well. The speaker measures his lives by spoons from his drinks in the mornings. He is nothing more than a spoon every morning which is actually super depressing when you think about it. He has no meaning in his life and views himself as useless and just there. In Disillusionment the speaker believes that only drunken sailors have pleasant dreams. The rest of the people are just exisitng and are boring to society. This poem brings the idea that even though you may feel alone you aren’t actually alone. The last poem ties in time and depression/loneliness in the world. The poet uses words such as anyone and someone. These words are not of much importance as they are very vague which makes it feel as though you dont belong. Time is represented through the seasons and the use of words such as sun, moon, stars and rain. This shows the progression of time that is unable to be stopped. no matter how hard you may try. Time continues to pass whether you want it to or not and you can not get back the time that you have wasted. Many days are passing for the speaker and he is still in a depressed and lonely state. Overall the poems are connected by the central themes of depression, time and the state of loneliness that can exist in humans. No matter where you may go or what you try to do the feeling of loneliness still lurks. 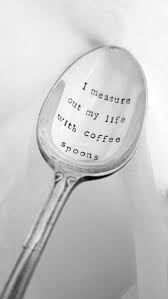