The story about the jumping frog in Calaveras County is one that is well written yet very hard to understand. When Twain wrote the story, he wrote it to create irony for the reader by making Wheeler tell a story about the wrong person. Honestly, if you just read through the story quickly, you will most likely miss the fact that the entire story is one story within another about the wrong person. This whole situation is one big thing of irony that I personally only picked up on after McGarry told us about it. The use of humor in the story was really when you understood the fact that Wheeler was telling the Narrator a story about the wrong person the entire time. I think the point he was trying to make was the realization of how society really is and he uses satire to achieve this. He uses the narrator in this story to represent society itself and he makes the narrator look down at Wheeler because of his appearance and the circumstances that he is in (small mining town, rugged bar, fat bald guy)

I really enjoyed the AR for the second quarter because it takes literature and makes you use it in a different way (by making the trailer) and it basically ensures that you will get full credit for AR for this marking period because you don’t have to worry about taking an AR test and possibly only getting a 6/10 and resorting back to writing an essay on the book, which is a lot of work that I really don’t want to do. I would prefer to do something like this for every marking period instead of just AR Tests.

My first impression of Huck Finn was good. I think i’m going to like this book honestly. It seems like a fun story although McGarry will probably end up making me hate it after all of the work he assigned for us about the book. I think that’s probably enough so there you go. 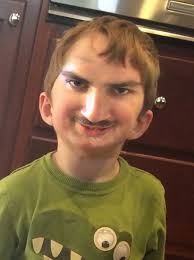