Have you ever been chased by dinosaurs through a parallel universe? me neither but I just so happen to know someone who does. Dr. Rick Marshall. The theme of the movie “Land of the Lost” is that regardless of all the obstacles in life, you should keep pushing forward until you’ve reached your goal. The theme in this movie is repeatedly shown throughout the entire movie.

The movie takes place mainly in a parallel universe that Rick Marshall and his group are sent to after falling through a portal in the back of a mysterious cave. But the beginning and the end take place In California and on a televised interview with Matt Lauer. In the beginning, Rick is being interviewed by Matt Lauer about quantum paleontology which is traveling to other places in order to obtain fossil fuels. In the interview, Rick is told that Steven Hawking called his work “nonsense”. Even though Rick had many critics including Steven Hawking, he continued his research and was able to make it to the other world where he planned on going. Another part of the movie that resolves around the theme is that once Rick and his group are in the parallel universe, they need to find a device called a tachyon amplifier, in order to get them safely back to civilization. After being chased into a cave by a dinosaur they call “Tiny”, Rick must face a decision. Go out and search for the device among all the animals or stay and starve in the cave. Rick decides to leave the cave to find the device.

Later on in the movie, Rick and his group are finally able to kill a dinosaur and inside they find the tachyon amplifier. Just about when Rick was going to pick it up, a Pterodactyl swoops down, picks it up, and carries it many miles away to the top of a volcano. After lots of complications, the group decides to make the hike up the volcano to get back the tachyon amplifier. After getting the amplifier back, the group, after some complications, are finally able to return to Earth and none of it would have been possible if Rick and his group didn’t push themselves to achieve their goals regardless of the circumstances. 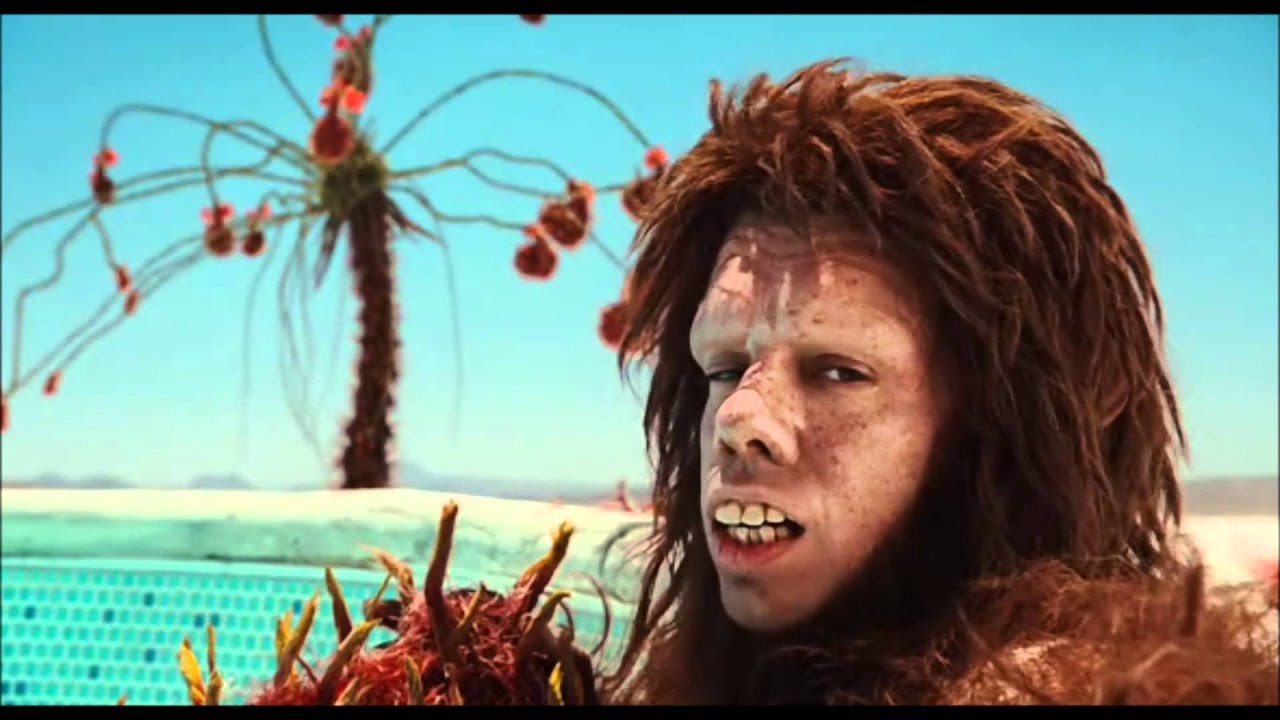 This week we went over a fairly large amount of terms in McGarry’s class. But, to be honest, I was pretty intimidated by the size of the notes page we were going to go through. There were tons of terms! Luckily, most of the terms I had seen before and understood. One thing that McGarry touched on that I learned was about the Protagonist and Antagonist. Early in school, I was told that the Protagonist was the so called “good guy” and the Antagonist was the “bad guy”. So that’s just what I assumed was correct. Another thing I learned was that the Protagonist and Antagonist can be the same person. An example of that would be “The Wolfman”. The man is plain and normal during the day but becomes a wolf at night and does bad things that he doesn’t recollect in the morning. So the Protagonist and Antagonist would be the same person. One thing that intrigued me was the picture McGarry drew of Freytag’s pyramid. McGarry went on to explain how the pyramid was inaccurate for every story ever written. He said that regardless of any story you read, your emotions will be different at the end then when you started. You may have no feelings at the beginning and even if it was the worst book you’ve ever read, you will have some sort of emotion at the end such as anger or disappointment. Aside from the notes, my week was pretty good but not much has changed. We are starting to take quizzes and tests now in some classes and that is not fun. One thing that did change however is I actually got in in our second soccer game and played pretty well. Keep in mind my “pretty well” is probably equivalent to 6 year old AYSO. But seriously, coach kept me in most of the game so I must have been doing something right. Also, Cody said he liked having me in because I was always hustling back to play defense when the ball was on our defensive half of the field. We will see how the rest of the season goes.